South Australia will be home to the world’s largest lithium ion battery thanks to a historic agreement between Tesla and the State Government.

The partnership is the result of a bet taken by Tesla’s founder and CEO, Musk, in March, in which he said Tesla could deliver an operational battery-powered energy system to the state that would prevent blackouts within 100 days, or it would be free.

That wager still stands and the start of the 100 days will be marked once the grid interconnection agreement has been signed.

The 100MW/129MWh battery from Tesla, paired with Neoen’s Hornsdale wind farm, 230km north of the capital, Adelaide, will put South Australia at the forefront of global energy storage technology.

World’s largest lithium ion battery will be installed in #SouthAustralia under a historic agreement between #Neoen #Tesla & SA Gov! pic.twitter.com/GcfrwOzD9g

Just after 1.40pm AEST, he tweeted: “This will be the highest power battery system in the world by a factor of 3. Australia rocks!!”

This will be the highest power battery system in the world by a factor of 3. Australia rocks!! https://t.co/c1DD7xtC90

At the event in Adelaide on Friday Musk said he and his team had to consider the risks of the project before agreeing to the deal because of the sheer scale.

“We thought about this and there certainly are some risk (sic) because this is going to be the largest battery destination in the world by a significant margin,” he said explaining that it is bigger 70 megawatts bigger than its nearest competitor at 30 megawatts.

“This system will be three times more powerful than any system on earth. This is not a minor foray into the frontier. This is going three times further than anyone has gone before.”

He also that he insisted that the 100-day rule be included in the official contract, “because that’s what we said publicly what we were going to do.”

When asked how much it would cost him if the project wasn’t delivered on time, Musk said: “A very large sum of money. Probably $US13 millions or more. A lot.”

He said the total sum of the project would be released at South Australia’s discretion.

Musk also revealed the life of the battery, depending on what energy level was considered to be the end of the life for the battery, was around 15 years. While the electronics can last 20-30 years.

“I do see this as an example that the world will look at for doing large scale battery applications that take a large amount of load,” he said.

“It’s really going to be an example for the rest of the world. But we need to deliver.” 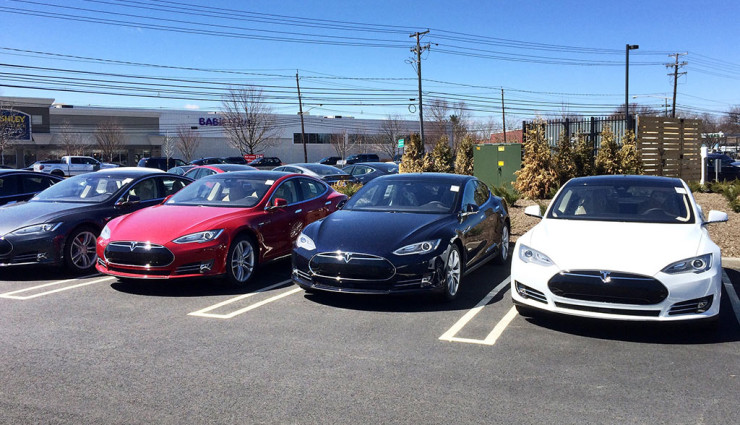 It’s a landmark agreement for the state, which suffered repeated blackouts last year. In September 2016, South Australia was smashed by a one-in-50-year storm that brought wind gusts exceeding 120km/h and brought down major power lines, blacking out the entire state, in some areas it lasted several days.

It was later found to be largely due to unplanned power plant or transmission outages, but it triggered a political row at state and federal level over energy security.

The system will be installed at the Hornsdale Wind Farm, expected to be renamed Hornsdale Power Reserve, before the southern hemisphere summer arrives at the end of this year, “making it not only the largest renewable generator in the state but also home to the largest lithium ion battery in the world,” says Desrousseaux.

Hornsdale is a 315MW renewable electricity project consisting of 99 wind turbines located between 8km and 24km north of Jamestown in South Australia, about a three-hour drive north of Adelaide.

The farm generates approximately 1,050,000 megawatt hours of renewable electricity to the national power grid each year.

The battery will operate at all times providing stability services for renewable energy, and will be available to provide emergency backup power if a shortfall in energy is predicted.

Desrousseaux explained in simple terms how the system will run.

“The system is a big battery, a battery big enough to power 50,000 houses — the biggest in the world,” he said.

“It’s a battery, like any car battery would be, it would load energy when there is an excess of energy which is when there is a lot of wind blowing, and it would be able to dispatch, inject that energy into the network when the people need it to consume it.”

So, basically, the Tesla Powerpack will charge using renewable energy from the Hornsdale Wind Farm and then deliver electricity during peak hours to South Australians.

The reliability of the system is a big issue for the South Australian people who have up until today have had to deal with a network, plagued by outages.

A critical question will be how the new system will perform when it’s not windy.

“The energy that will get into the network when the users require it, and not only when the wind is blowing,” Desrousseaux said.

“The study from the government was showing that you don’t need that much storage to turn a system that is not fully stable into a system that is stable. So this battery is bringing stability, allowing the electricity to dispatch whether there is wind or there is no wind.” 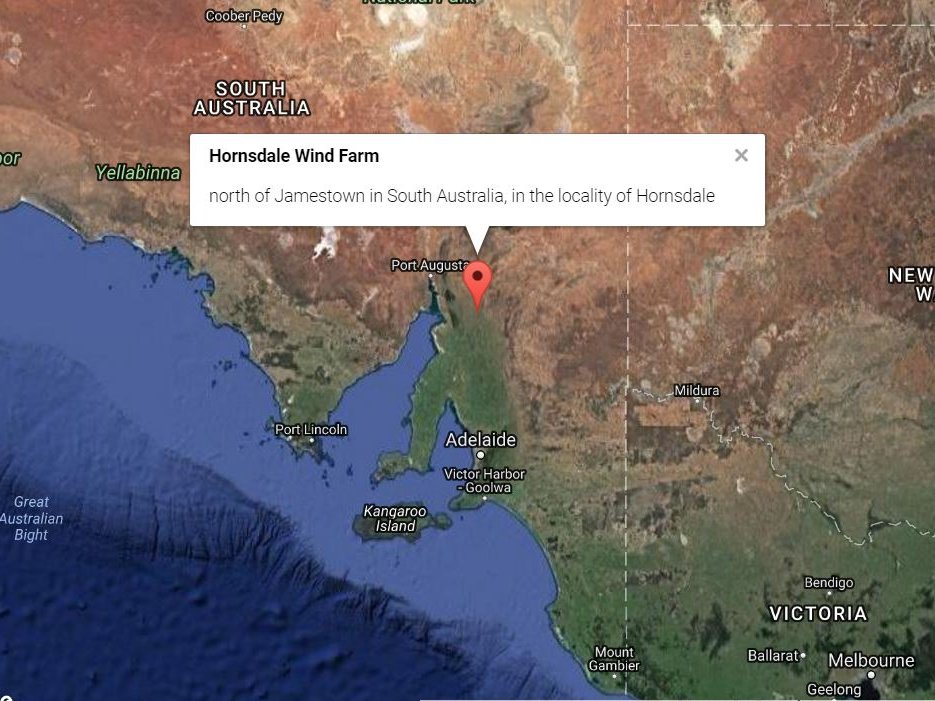 He used a car braking down on a busy motorway and an analogy to explain the complex process.

“When you have a big motorway and there are many, many cars passing you don’t need much to turn smooth traffic into a traffic jam… so from a motorway management point of view we need to solve the issue of the one car [causing the traffic jam] to make sure millions of people are driving safely. Similarly in South Australia, it’s not about putting millions of kilowatts of storage everywhere, it’s about putting one nicely designed battery at the correct location to help the South Australian network to behave better.”

Desrousseaux said it was “the last frontier of energy transition”.

“We are creating dispatchable, renewable energy… that is the cheapest source of energy in Australia and most places in the world.

“[South Australia] wanted to be sure that it was going to be sustainable, but also sustainable renewable energy, that was a very important part to them.”

Neoen was selected after a procurement process attracted around 90 responses to the expression of interest, with 14 proponents invited to supply, and five shortlisted for detailed assessment.

The Neoen-Tesla consortium demonstrated the capability of deliver 100MW of capacity by December 1.

The deal will see the Neoen’s long-term, direct investment in South Australia grow beyond the $1 billion it has invested since 2013.

The project will also bring other investments by both Neoen and Tesla into South Australia’s economy, which will be announced in the future.

It stated that Australia was “at a critical turning point” and if managed well, could see the country benefit from “a secure and reliable energy future”.

The final page of the review pointed to the Hornsdale Wind Farm, highlighting it had been licensed with higher connection standards than required under the National Electricity Rules.

“In accordance with the licence conditions, the wind turbine inverters installed have the capability to provide frequency control services to the NEM [National Electricity Market]. In addition, the wind farm is designed to better withstand high rates of change of frequency.”

South Australian premier Jay Weatherill said the experience of Neoen and Tesla on energy security and renewables would help South Australia take charge of its own energy future.

“Battery storage is the future of our national energy market, and the eyes of the world will be following our leadership in this space,” he said on Friday.

“This historic agreement does more than bring a global energy giant in Telsa to South Australia, it will also have some significant economic spin-offs.”

Back in March, Tesla’s energy products vice-president Lyndon Rive claimed that Tesla could fix the state’s energy problem with its batteries in 100 days while visiting Australia.

Atlassian co-founder Mike Cannon-Brookes was the first to jump Rive’s huge call, offering to help get the politicians on side if the bet was actually legitimate.

This is when Telsa founder Elon Musk jumped in and doubled down on Rive’s claim and increased the stakes, saying that he could make it happen, or the infrastructure would be free.

And just like that, it was on. Cannon-Brookes had a week to get Canberra on board with the idea, and was being inundated with expressions of interest to help get the project off the ground.

Not even a week later, South Australia unveiled a $550 million energy plan with 100MW capacity, as well as a state-owned 250MW gas-fired generator for emergency backup supply.

The Tesla-Neoen battery storage project is part of that response.